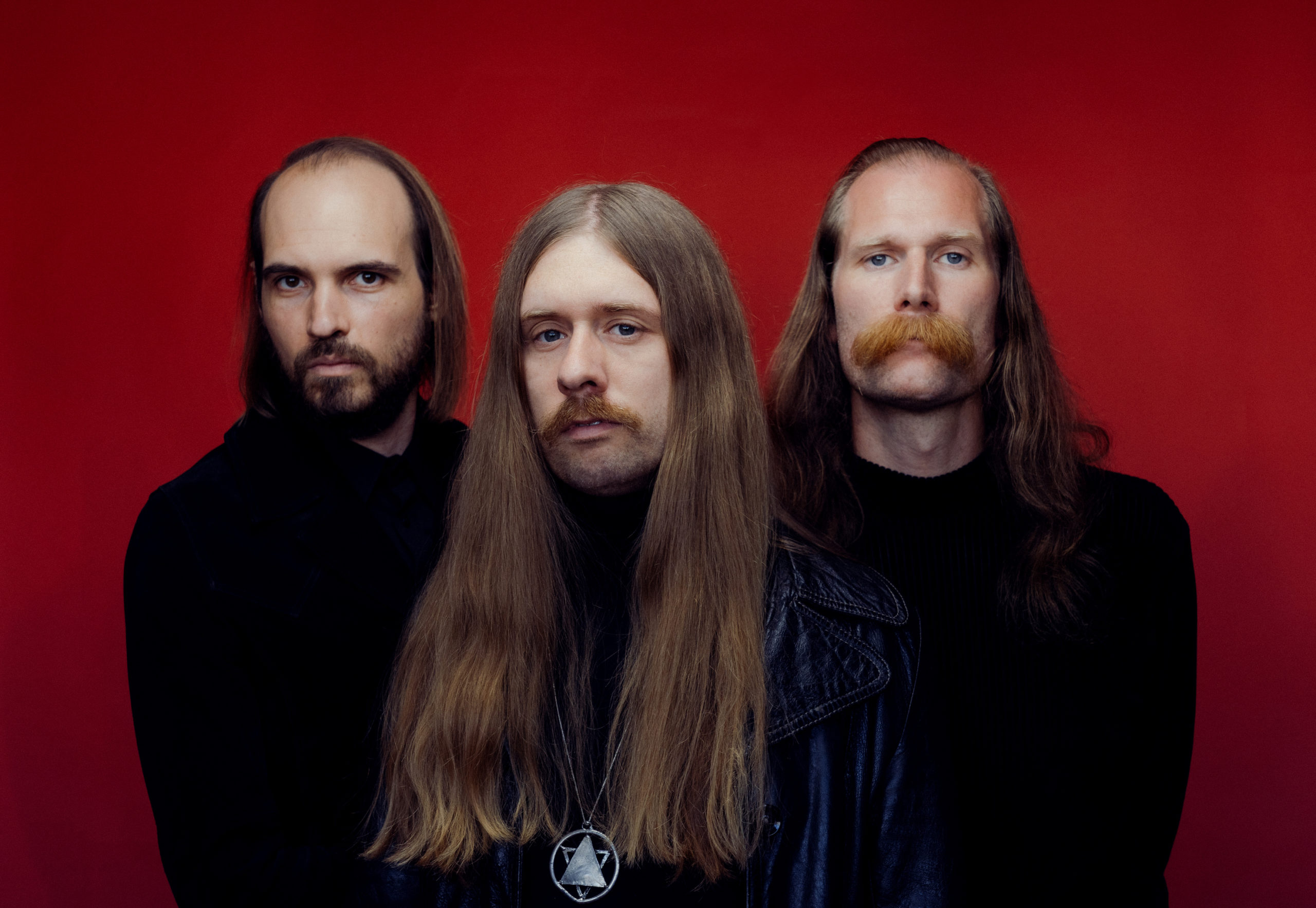 When if not right now?
In spring 2020, KADAVAR find themselves in the midst of a global crisis. What makes their inner compass spin, results in a collection of their strangest compositions yet: A trip to their musical roots and back to the future. Mind altering songs about isolation, transformation and spiritual growth emerging from Corona lock down – „The Isolation Tapes“. Being the first release of KADAVAR’s brand-new label ROBOTOR RECORDS, there’s something to celebrate after all.
Known as Europe’s unstoppable force in the rock and roll circus, KADAVAR don’t think twice when their ongoing world tour comes to a grinding halt in March 2020 due to global lock downs. Back home, they go straight into their recording studio and broadcast a livestream concert that is viewed hundreds of thousands of times all around the globe.
In the following weeks, as all their tours are indefinitely postponed, KADAVAR are levitating in a silent and uncertain bubble. With no further touring obligations, they start to sketch out ideas in their homes that can only grow in this unprecedented, lack-of-pressure environment and will eventually become „The Isolation Tapes“.

„It all came at once, and there was no way to fight it. No more touring, stay at home, put everything on hold. With all the downsides of the lock down, there were a few days when I just felt free as a bird. I was out of reach, and it was alright. It has been a while since I have felt like that actually. And I believe we all needed it. We were able to just drift along and make music of whatever came to our minds.“
– Lupus Lindemann

While KADAVAR’s musical development has always been about liberation and pushing the boundaries of the retro rock genre, this is yet one bigger step into a cosmos where the dogma of the classic trio approach is left behind completely.
You’ll hear triple vocal harmonies and trippy guitar solos gently riding on an ocean of vintage synthesizers, the tectonic plates of drum and bass calmly pushing from down below.
„We used to have sort of a clear vision once we started making a record. And making a connection to the previous record was always part of it. This time, it was different. We had no orientation, no expectation towards ourselves, I might even say. Corona took our gravity…“
– Tiger Bartelt

After their recent records oozed with dark, fearful imagery, „The Isolation Tapes“ feel more like a lucid dream, in which nothing is impossible. This is KADAVAR, embracing everything present, coming to terms with themselves. Yet again, as you have never heard them before.
„The Isolation Tapes“ will be released on vinyl and will be available in various colors and 7 different album artworks via ROBOTOR RECORDS. The vinyl edition of the album can be ordered exclusively through KADAVAR’s own online shop. The release will also be available on all digital platforms.