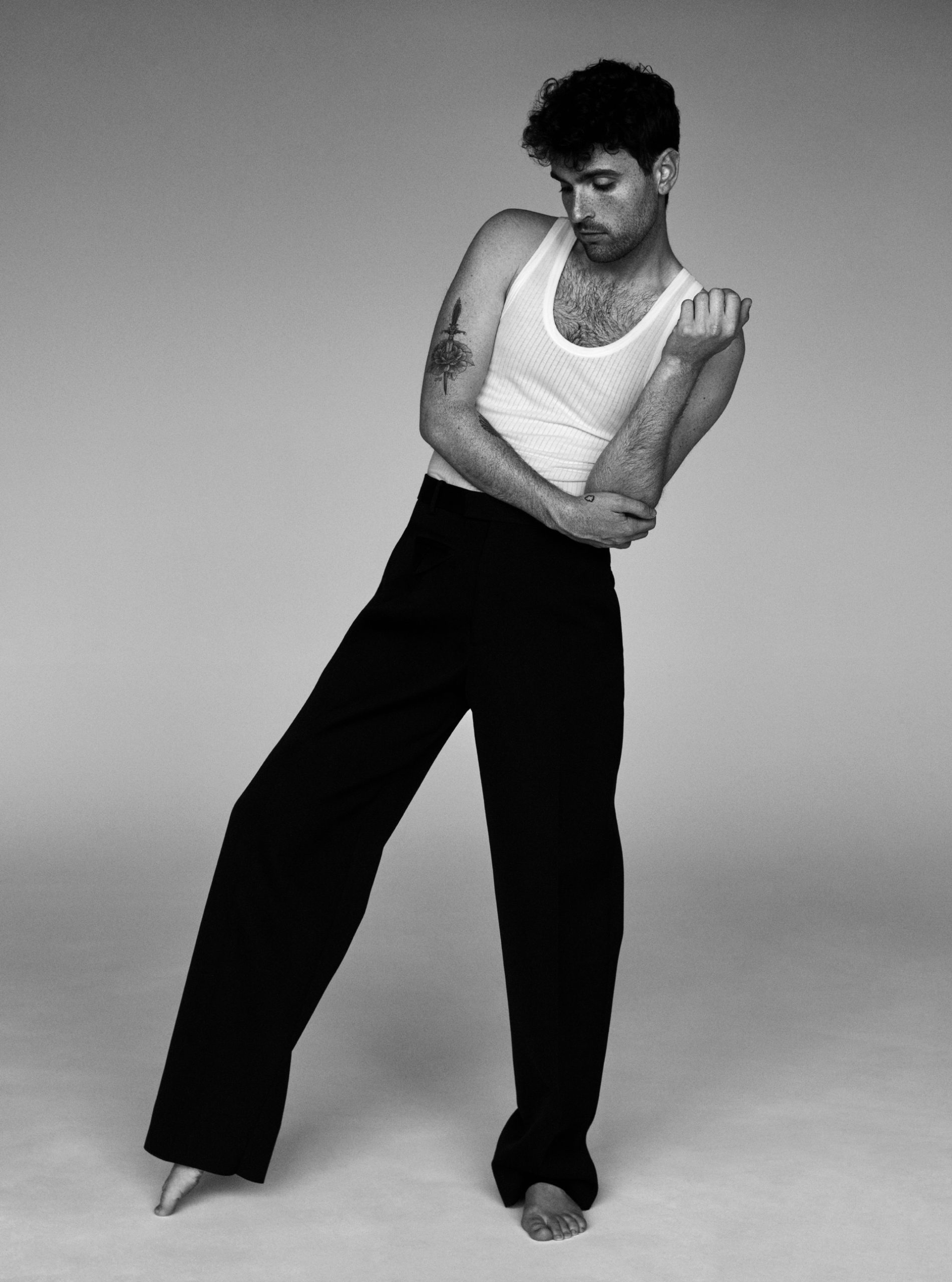 I was really looking forward to tour through Europe this upcoming February.
Having a little taste of what it’s like to be back on stage, made me sooo excited to perform all around Europe.
Unfortunately, due to the pandemic restrictions, it is still impossible to do so… I’m super sad we won’t be seeing each other in February, but I’m happy to announce that we found new dates in October and November.
I can’t wait to get out there again and see you all so soon. And I promise we’ll do our best to make the wait worth it.
Sending you all some positive vibes in these weird and unpredictable times.

As a kid growing up in Hellevoetsluis, The Netherlands (pop. 40,049), Duncan Laurence found solace in the healing power of music. Holed up in his bedroom—hiding out from the bullies that tormented him at school for his love of singing, his interest in theatre, and his desire to make art—Laurence sang, taking the darkest moments in his life and turning them into a light he could spread to anyone who was willing to listen. “I tried to create this world inside my room, writing songs, where I could turn mistakes into beautiful things,” Laurence says.

With his debut full-length, Small Town Boy, Laurence makes his younger self proud, writing the next chapter in a story that, despite moments of pain, despair, and loneliness, has led him to the realization of a singular vision dense with love, hope, and perseverance. The songwriter and producer paints his album’s cinematic atmospheres with a number of textures—the rich instrumentation of alternative rock, the delicacy of folk, and the dynamic, catchy swells of contemporary pop—to craft his grand vision. And throughout the LP, his powerful, expressive tenor flows from a gentle whisper through fluttering falsettos to a full-blown force. But the scope of the music never overpowers the intimacy of the stories Laurence tells. For example, the understated “Beautiful” opens Small Town Boy with the thrum of acoustic guitar as Laurence pays tribute to the unconditional love between himself and a confidant.

As a child, Laurence used music in this same way—to express his feelings about his closest relationships—and the songs found here masterfully replicate the essence of secrets between friends. It’s this sense of trust—the assurance that even in the worst of times, we still have each other—that solidifies Laurence’s ethos, his strong belief that even on the stormiest days one can find a ray of sunshine. “I see music as a platform to tell stories that might be a bit sad, but always have this hopeful ending or hopeful core inside of them,” Laurence says. “I think trying to see the positive in something negative gives you a certain strength through life.”

One of Laurence’s more heartbreaking stories can be heard in the 2019 Eurovision Song Contest winner “Arcade,” which cements itself as the album’s centerpiece. Therein, driving percussion and rousing strings send the “small town boy in a big arcade” reeling through love lost. But “Sleeping on the Phone” provides a silver lining. It’s a co-write between Laurence and his fiancée, songwriter Jordan Garfield, whom he met in Los Angeles after the success of “Arcade” catapulted him abroad to work on what would become Small Town Boy. The song fuses electronic effects and soft piano to create the same dreamy feelings that new love can conjure for two people even when they’re separated by vast swaths of land and ocean.

The soundscapes of the Small Town Boy recall those artists he looked to for guidance when he first navigated this mode of expression—the ones who provided salve and salvation when he needed it most. Elements of Coldplay, U2, Amy Winehouse, Radiohead, and Sam Smith exist on Small Town Boy, but Laurence’s sound is distinctly his own, combining his modest beginnings with the expansive influence of writing and recording in some of the world’s music meccas: Los Angeles, London, and Stockholm. And yet, even before the release of Small Town Boy, Laurence’s songs were traveling the globe ahead of him. “Arcade” has racked up over 250 million streams worldwide, while “Love Don’t Hate It” has surpassed 25 million.

The fact that Small Town Boy’s title nods to that little kid who decided to set his eyes on a brighter future may seem quaint in light of Laurence’s burgeoning success, but it’s not just about looking back. In discussing the album, the Dutch artist notes that recently experiencing the isolation and grandeur of Scotland’s wilderness influenced him deeply, connecting him to a childhood often spent in nature and conjuring a mystical side in his writing. Even though he’s bathing in the bright lights of big cities, at heart, Laurence is still that boy with a dream.